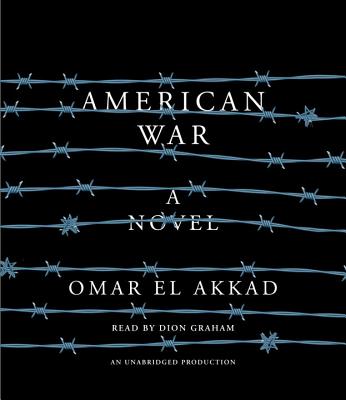 By Omar El Akkad, Dion Graham (Read by)
Email or call for price
Hard to Find - Email or Call for Availability

“Powerful . . . As haunting a postapocalyptic universe as Cormac McCarthy [created] in The Road, and as devastating a look as the fallout that national events have on an American family as Philip Roth did in The Plot Against America. . . . Omar El Akkad’s debut novel, American War, is an unlikely mash-up of unsparing war reporting and plot elements familiar to readers of the recent young-adult dystopian series The Hunger Games and Divergent.”
—Michiko Kakutani, The New York Times