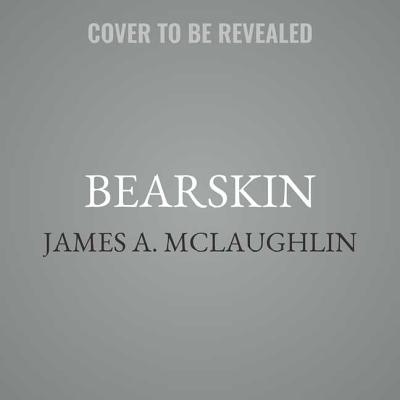 By James A. McLaughlin, MacLeod Andrews (Read by)
$59.99
Email or call for price.

“This powerful debut is a novel of terrible beauty. Using evocative prose, the author perfectly describes the lush landscape of the Virginia Appalachians while juxtaposing them against a world of primal violence. The caretaker at a private preserve is hiding from a Mexican drug cartel but finds himself drawn back into a life of conflict when he encounters bear poachers. A world of pristine beauty is altered by the intrusion of man-made violence, and the caretaker has no choice but to become part of it himself. The clash of nature and humanity is portrayed brilliantly.”
— Bill Cusumano, Square Books, Oxford, MS

"Bearskin is visceral, raw, and compelling--filled with sights, smells, and sounds truly observed. It's a powerful debut and an absolute showcase of exceptional prose. There are very few first novels when I feel compelled to circle brilliant passages, but James McLaughlin's writing had me doing just that." --C.J. Box, #1 NYT bestselling author of The Disappeared

Rice Moore is just beginning to think his troubles are behind him. He's found a job protecting a remote forest preserve in Virginian Appalachia where his main responsibilities include tracking wildlife and refurbishing cabins. It's hard work, and totally solitary--perfect to hide away from the Mexican drug cartels he betrayed back in Arizona. But when Rice finds the carcass of a bear killed on the grounds, the quiet solitude he's so desperately sought is suddenly at risk.

More bears are killed on the preserve and Rice's obsession with catching the poachers escalates, leading to hostile altercations with the locals and attention from both the law and Rice's employers. Partnering with his predecessor, a scientist who hopes to continue her research on the preserve, Rice puts into motion a plan that could expose the poachers but risks revealing his own whereabouts to the dangerous people he was running from in the first place.

James McLaughlin expertly brings the beauty and danger of Appalachia to life. The result is an elemental, slow burn of a novel--one that will haunt you long after you hears the final words.