Southern in the City: ...A Mason-Dixon View of Manhattan (Paperback) 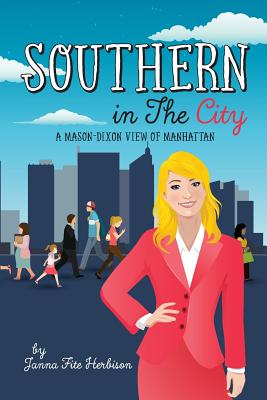 Southern in the City: ...A Mason-Dixon View of Manhattan (Paperback)


Usually Arrives in Store in 1-5 Days
(This book cannot be returned.)
Southern in The City: A Mason-Dixon View of Manhattan, is a true story about one Tennessee Southern belle's crazy adventures in New York City over 30+ years. From meeting John Travolta and discovering Broadway as a 14-year-old newcomer, to channeling her inner "Eloise" at the Plaza Hotel in her 20's, Herbison's New York experiences are anything but normal. In her 30's & 40's...when she finally grew up, she also grew to appreciate the Big Apple from a rare - and even native - perspective, ironically as a Southerner. The book takes you through her journey that nearly led to a New York relocation from Nashville in 2001, months before 9/11. It also depicts a fictional story about that fateful day, based on a tragic photo that gripped Herbison for years.Janna captures a raw appreciation & love of The City beyond the headlines and stereotypes, along with - of course - years of advice on where to go, what to do (and where to shop)...when you get there. Southern in The City will take you on a true roller coaster of emotions, as it chronicles an unbelievable affair with New York, and shines a much-needed, more lighthearted & honest view on geographical stereotypes across our country.