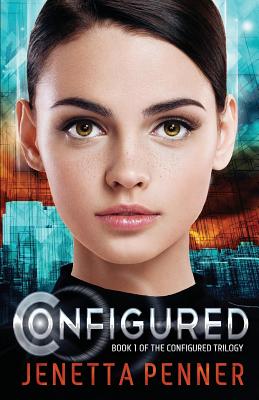 There will come a day...when love will mark her a traitor.

In a society where emotions are outlawed and function is everything, Avlyn Lark is just trying to blend in. Born into the lowest level of society she was fortunate to have been removed from her biological parents and assigned to a Level Two family. But mastering her emotions? That's a problem... especially when a rebel bomb blows up a building right in front of her. On Configuration Day, Avlyn's official transition to adulthood, she starts seeing strange visions. And instead of being placed with a basic job where she could hide her urges, she's hired by Genesis Technologies, the government firm that controls every citizen. If Gen Tech discovers her secrets and exposes her for what she really is, it will ruin her life. And if they find out about her illegal meetings with a mysterious but handsome member of the rebel forces, her life will be more than ruined. It will be over.

Jenetta Penner developed a love of sci-fi at an early age and decided on a whim to read 40 young adult books in the same genre. From that experience, an author was born. Configured is her debut novel. She lives in sunny Southern California with her husband, two daughters and two furbabies. And she may or may not have a slight addiction to cat gifs.