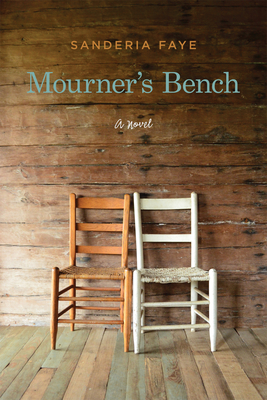 At the First Baptist Church of Maeby, Arkansas, the sins of the child belonged to the parents until the child turned thirteen. Sarah Jones was only eight years old in the summer of 1964, but with her mother Esther Mae on eight prayer lists and flipping around town with the generally mistrusted civil rights organizers, Sarah believed it was time to get baptized and take responsibility for her own sins. That would mean sitting on the mourner’s bench come revival, waiting for her sign, and then testifying in front of the whole church.

But first, Sarah would need to navigate the growing tensions of small-town Arkansas in the 1960s. Both smarter and more serious than her years (a “fifty-year-old mind in an eight-year-old body,” according to Esther), Sarah was torn between the traditions, religion, and work ethic of her community and the progressive civil rights and feminist politics of her mother, who had recently returned from art school in Chicago. When organizers from the Student Non-Violent Coordinating Committee (SNCC) came to town just as the revival was beginning, Sarah couldn’t help but be caught up in the turmoil. Most folks just wanted to keep the peace, and Reverend Jefferson called the SNCC organizers “the evil among us.” But her mother, along with local civil rights activist Carrie Dilworth, the SNCC organizers, Daisy Bates, attorney John Walker, and indeed most of the country, seemed determined to push Maeby toward integration.

With characters as vibrant and evocative as their setting, Mourner’s Bench is the story of a young girl coming to terms with religion, racism, and feminism while also navigating the terrain of early adolescence and trying to settle into her place in her family and community.

Sanderia Faye is a PhD candidate at the University of Texas, Dallas. She received an MFA from Arizona State University and a BS from the University of Arkansas, Pine Bluff. She is co-founder of Kimbilio Fiction, a Community of Writers of the African Diaspora. Mourner’s Bench is her first novel.

“Mourner’s Bench takes us to a significant social crossroads yet avoids racial polarization through characters of equal complexity, with flaws and fine points and all-too-human motivations. All told, the novel offers a sure sense of its place and people, and a closer look at those who truly lived through the civil rights movement—a chapter in American history that still seems to be writing itself.”

“[A]n absorbing meditation on the meaning of religion in a small town as well as a keen-eyed perspective on the way one African-American community encountered the civil rights movement. An astute coming-of-age tale set against an all-too-relevant background.”

“It’s Freedom Summer, 1964, in tiny Maeby, Arkansas, and three SNCC volunteers have come to town determined to integrate the public library and all-white school. They’re joined in their efforts by eight year old Sarah’s unconventional, hot pants–wearing mother. The efforts to introduce change divide the black community as many are determined to preserve the old order. Sarah finds herself caught in the middle of all this, first siding with her conservative grandmother and then, gradually, coming to see her mother’s point of view. Throughout she is guided by her wise great-grandmother, an early civil rights pioneer. Change is further visited on Sarah’s life when she determines to be baptized against her worldly mother’s wishes. Slurs, insults, and harassment from the local authorities threaten the movement, as do two disastrous fires. And then Sarah’s mother decides to run for city council. Faye’s novel is far too long and detailed as she seems determined to include every possible aspect of the civil rights movement on a local scale. Too, Sarah seems older—far older—than her years. Nevertheless, the book succeeds at dramatizing an essential era in American history and is a welcome addition to civil rights literature.”

“Faye’s writing is detailed and descriptive, depicting moments that richly capture life in a small segregated and impoverished town. … Mourner’s Bench is a well-researched and commendable debut effort that expands and complicates the body of literature written about the Civil Rights movement by asking readers to lend equal consideration and weight to the roles age, gender, and religion played.”

“Mourner’s Bench isn’t simply about history. This book exists as a kind of bridge between the Civil Rights Movement I know—that is, newspaper photos of protests, marches, and violent reactions—and the actual humanity of it. Mourner’s Bench isn’t simply historical fiction, it’s an historical experience. … Mourner’s Bench is many things. It is a coming of age tale, and it is a family drama. It’s an historical document, it’s a chronicle of outrage, and it’s a testament to a people’s struggle. For some readers there will be a revelation on these pages, but for all there is a warning. Not only the obvious—racism is bad, don’t be a bigot—but a warning about complacency, about holding so steadfast to tradition, familiarity, or comfort that you impede your own freedom. In the final chapters of this book, Sarah explains to us what it’s all about: ‘Living in the country, timing is everything, a time to plant, a time to uproot, a time to break down, a time to build up, a time to ask questions and a time to shut up and get moving.’ Mourner’s Bench is, above all, a story about the right time to shut up and get moving.”