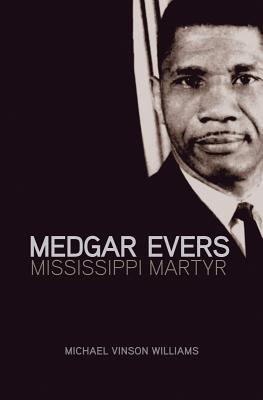 Civil rights activist Medgar Wiley Evers was well aware of the dangers he would face when he challenged the status quo in Mississippi in the 1950s and '60s, a place and time known for the brutal murders of Emmett Till, Reverend George Lee, Lamar Smith, and others. Nonetheless, Evers consistently investigated the rapes, murders, beatings, and lynching's of black Mississippians and reported the horrid incidents to a national audience, all the while organizing economic boycotts, sit-ins, and street protests in Jackson as the NAACP's first full-time Mississippi field secretary. He organized and participated in voting drives and nonviolent direct-action protests, joined lawsuits to overturn state-supported school segregation, and devoted himself to a career that cost him his life. This biography of a lesser-known but seminal civil rights leader draws on personal interviews from Myrlie Evers-Williams (Evers's widow), his two remaining siblings, friends, grade-school-to-college schoolmates, and fellow activists to elucidate Evers as an individual, leader, husband, brother, and father. Extensive archival work in the Evers Papers, the NAACP Papers, oral history collections, FBI files, Citizen Council collections, and the Mississippi State Sovereignty Commission Papers, to list a few, provides a detailed account of Evers's NAACP work and a clearer understanding of the racist environment that ultimately led to his murder. Selfless dedication marked the life of Medgar Evers, and while this remains his story, it is also a testament to the important role that grassroots activism played in exacting social change during some of America's most turbulent and violent times.

"An important and readable study of this seminal leader and the history of the civil rights movement." --Publishers Weekly

"Williams's work tops what have been too few head-on examinations of the substance and significance of this martyr's sacrifice, a man who demonstrated the truth he liked to repeat: 'You can kill a man, but you can't kill an idea.' General readers and scholars will benefit from reading this work..." --Library Journal, Nov 2011

“The first substantial scholarly biography of Medgar Evers…. Will be the standard reference for some time to come.” --Journal of Southern History

"Masterful… Williams's great achievement here is in recognizing that Evers was more than just a symbol of resistance. With Mississippi Martyr, he has written the seminal work on the life of Medgar Wiley Evers." --Brent Riffel in Arkansas Review, 2012

"Americans remember Medgar Evers--if they remember him at all--as the black leader gunned down the night President Kennedy made his famous civil rights speech. But Evers was much more than that, as Michael Williams makes clear in this marvelous biography. Long before the TV cameras and newsmen descended on the Magnolia State, Evers was risking his life on the back roads of Mississippi, organizing local people to take charge of their destiny. A hero and a martyr, Evers was also a complicated man torn between his activist impulses and the conservative mandates of his NAACP bosses in New York. Williams captures Medgar Evers in all his complexity in this well written, solidly researched, important book." --John Dittmer, author ofLocal People: The Struggle for Civil Rights in Mississippi