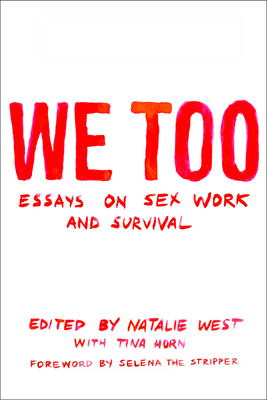 Writing across topics such as homelessness, motherhood, and toxic masculinity, We Too: Essays on Sex Work and Survival gives voice to the fight for agency and accountability across sex industries. With contributions by leading voices in the movement such as Melissa Gira Grant, Ceyenne Doroshow, Audacia Ray, femi babylon, April Flores, and Yin Q, this anthology explores sex work as work, and sex workers as laboring subjects in need of respect--not rescue.

A portion of this book's net proceeds will be donated to SWOP Behind Bars (SBB).