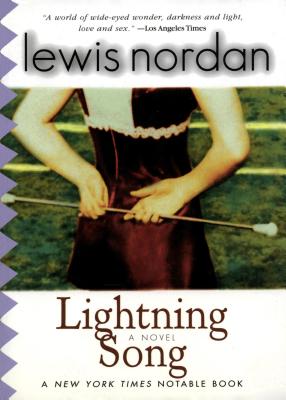 Leroy Dearman is twelve, and he lives on a llama farm in Mississippi. Life is perfect. It's true that his grandfather just died in the attic and that wild dogs kill a baby llama now and then, and it's true that one little sister curses him and the other one wets her pants. But up to the day Uncle Harris moves in, life looks like it's right out of a Walt Disney movie. No wonder the llamas greet each morning with a song. Uncle Harris arrives in a sports car, full of funny stories and new ideas. He manages to persuade Leroy's straitlaced parents to join him for cocktails in the evening. He sets up a pretty grand bachelor pad in the Dearman attic, with a telephone, a TV set, and a stack of Playboy magazines. He is, you might say, Romance itself. Once Uncle Harris moves in, life on the llama farm takes on an entirely different flavor. Leroy discovers those magazines. Electricity fills the Dearman house. Equilibrium tilts, conversation trails off, the atmospheric pressure twists--and lightning strikes. Leroy starts seeing things he's never seen before, like the very gifted baton-twirling teacher, and his world changes forever. Not since PORTNOY'S COMPLAINT has a novel looked so directly, hilariously, and bittersweetly at the heartbreak of puberty.