The Land Where the Blues Began (Paperback) 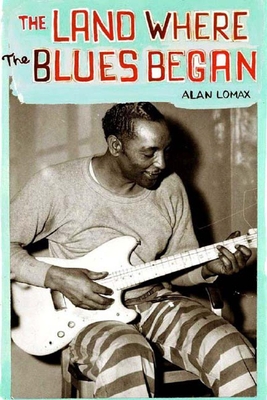 The Land Where the Blues Began (Paperback)

Winner of a National Book Critics Circle award, a rollicking and unforgettable memoir by the man who helped bring the music of the blues into the mainstream

"Without Lomax it's possible that there would have been no blues explosion, no R&B movement, no Beatles and no Stones and no Velvet Underground." --Brian Eno

A self-described "song-hunter," the folklorist Alan Lomax traveled the Mississippi Delta in the 1930s and '40s, armed with primitive recording equipment and a keen love of the Delta's music heritage. Crisscrossing the towns and hamlets where the blues began, Lomax gave voice to such greats as Leadbelly, Fred MacDowell, Muddy Waters, and many others, all of whom made their debut recordings with him.

The Land Where the Blues Began is both a fascinating recollection of a pivotal time in American music history and an intimate portrait of the struggles blues musicians faced in the Jim Crow South. The blues were an organic expression of Black humanity in a place where slavery had been outlawed but where segregation, violence, and racial inequality were still the law of the land. Lomax's role as a liaison to white America, relating the emotion and musical virtuosity displayed by those musicians, would change American popular music forever. Through candid conversations with bluesmen and vivid, firsthand accounts of the landscape where their music was born, Lomax's "discerning reconstructions . . . give life to a domain most of us can never know . . . one that summons us with an oddly familiar sensation of reverence and dread" (The New York Times Book Review).

Artistic expression has always been a way for oppressed peoples to speak truth to power, assert their dignity, and simply live in a world rife with injustice. The Land Where the Blues Began is an enthralling chronicle of the journey to bring this irrepressible art out of the Delta where it began and into the ears of every American.

Alan Lomax is an ethnomusicologist, record producer, and network radio host/writer. His work includes the prize-winning 1990 PBS television series American Patchwork and the multimedia interactive database called the The Global Jukebox, which he produced as an anthropologist for Columbia University and Hunter College.