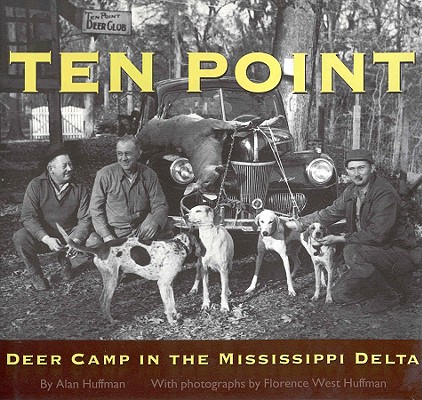 During a period of thirty-five years, from 1927 until 1962, a group of friends gathered to hunt, socialize, and savor good times in the vanishing southern wilderness. They convened at the Ten Point Deer Club in Issaquena County, the last wooded stronghold of the Mississippi Delta. Among the friends were P. K. and Florence Huffman, whose grandson is the author of this photographic record of happy times at the camp. By 1950 the Huffmans had made the hunting club their year-round home. They remained there until the woods were destroyed by developers and the U. S. Army Corps of Engineers. For more than three decades Florence photographed the land and the people who came to the camp. Her pictures, at once intimate, visually intriguing, and historically significant, record a world in which two powerful forces coexisted - the relentless drive of progress and the persistent draw of nature. Few other photographers of her day chose to document hunting and fishing scenes. The pictures testify to her eye for unique subjects and to her sympathetic view of the natural world around her. They give pleasure and surprises. Women hunters are seen among the men, and blacks are shown socializing with whites prior to desegregation. As a child in the 1950s and early 1960s Alan Huffman was there too. Throughout his life he has treasured the hundreds of pictures his grandmother took. He grew to appreciate not only the time and the place and its importance for his family and the other club members but also the club's larger meaning within southern and American cultural experience. In the skillful integration of his text with his grandmother's vintage photographs of camp life rituals, here is a vivid record of the waning years of one of North America's most prolific hunting grounds. Alan Huffman has been a farmer, newspaper reporter, and historical researcher. His essays and articles have appeared in The Oxford American, Mississippi Magazine, Mississippi Folklife, and other publications.