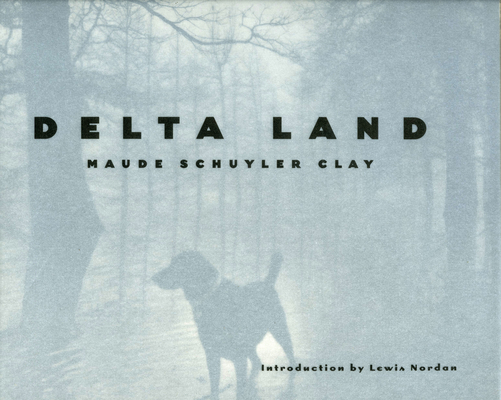 
On Our Shelves Now
Although many acclaimed photographers have focused their cameras on the Mississippi Delta, no photographer, until now, has attempted to produce a photographic interpretation of the land itself. The images in this book, all taken by Maude Schuyler Clay between 1993 and 1998, are the result of the first such undertaking. "Delta Land," she says, "is a photographic project which involves the recording and preservation of the Mississippi Delta landscape and its rapidly disappearing indigenous structures: mule barns, field churches, cotton gins, commissaries, crossroads stores, tenant houses, cypress sheds, and railroad stations. "Moving back in 1987 to the Delta (Tallahatchie County), where I am the fifth generation to live here, allowed me to view the endemic and ordinary landscape as a disappearing way of life. With this work, begun in 1993, I feel I have completed an artistic and educational body of photographs that show the landscape and culture of this particular place; that I have preserved through photography the communities of both whites and African Americans of the Delta region." In an introductory essay that populates Clay's almost people-less settings, Lewis Nordan tells how these photographs evoke his Delta boyhood. Like her images, his memories are in black-and-white, "the color of grief and all its metaphors." As he recalls the scrappy farms and flaking towns swallowed by the vast flatlands, he writes of his mother's maverick dog and its need of a country home. In Clay's terrains, Nordan sees the Delta land that is at once memorable, familiar, and astonishing.
Maude Schuyler Clay was born in Greenwood and assisted photographer William Eggleston. Her work is in the collections of the Museum of Modern Art; the Museum of Fine Arts, Houston; and the National Museum for Women in the Arts, among others. She is author of Delta Dogs and was the photography editor of the Oxford American from 1998 to 2002. She continues to reside in the Mississippi Delta.