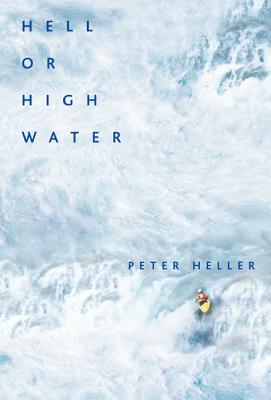 The Tsangpo Gorge in southeastern Tibet has lured explorers and adventurers since its discovery. Sacred to the Buddhists, the inspiration for Shangri La, the Gorge is as steeped in legend and mystery as any spot on earth. As a river-running challenge, the remote Tsangpo is relentlessly unforgiving, more difficult than any stretch of river ever attempted. Its mysteries have withstood a century's worth of determined efforts to explore it's length. The finest expedition paddlers on earth have tried. Several have died. All have failed. Until now.

In January 2002, in the heart of the Himalayan winter, a team of seven kayakers launched a meticulously planned assault of the Gorge. The paddlers were river cowboys, superstars in the universe of extreme kayaking who hop from continent to continent ready for the next death-defying pursuit. Accompanying them was author Peter Heller. A world-class kayaker in his own right, Heller has logged countless river miles and several major first descents. He joined the Tsangpo Expedition as a member of the ground support team and official expedition journalist, and was also granted the exclusive opportunity to write the book about the descent.
Hell or High Water is that book-greatly expanded from his coverage for Outside magazine. Filled with history, white-knuckle drama, and mutiny in one of the world's most storied-and remote-locations, Hell or High Water is as riveting as any of the great epic adventures throughout history. Publication coincides with the release of a documentary about the expedition by National Geographic.

Peter Heller, a seasoned adventure journalist and passionate kayaker, is a frequent contributor to Outside magazine. He lives in Denver.