The Zinn Reader: Writings on Disobedience and Democracy (Paperback) 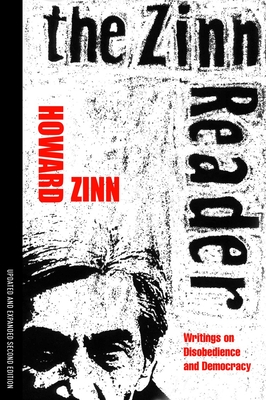 The Zinn Reader: Writings on Disobedience and Democracy (Paperback)


Email or call for price.
No other radical historian has reached so many hearts and minds as Howard Zinn. It is rare that a historian of the Left has managed to retain as much credibility while refusing to let his academic mantle change his beautiful writing style from being anything but direct, forthright, and accessible. Whether his subject is war, race, politics, economic justice, or history itself, each of his works serves as a reminder that to embrace one's subjectivity can mean embracing one's humanity, that heart and mind can speak with one voice. Here, in six sections, is the historian's own choice of his shorter essays on some of the most critical problems facing America throughout its history, and today.
HOWARD ZINN’s (1922–2010) great subject isn’t war, but peace. After his experience as a bombardier in World War II, he became convinced that there could be no such thing as a “just war,” as the vast majority of modern warfare’s victims are made up of innocent civilians. In his books, including A People’s History of the United States and its companion volume, Voices of a People’s History of the United States, Zinn affirms the power of the masses to influence major events. Through a lifetime of pointed scholarship and principled civil disobedience, he has led and continues to lead generations in the ways of peace.