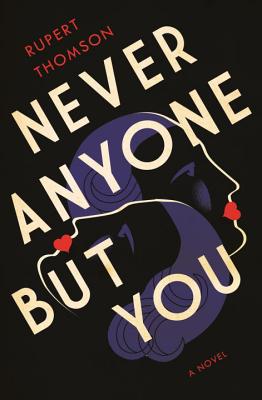 This British writer has been rewarding his readers with some of the most unusual and unusually good fiction for ten books now. In his newest work, two European teenage girls meet circa World War I. Through circumstances the father of one marries the mother of the other, enabling Lucie and Suzanne to use their new sister relationship to disguise their love affair. In Paris they run with such literary bulls as Hemingway and Andre Breton, then move to the island of Jersey where they plot their part in the Nazi resistance and put their own lives in jeopardy.

Named a Best Book of the Year by The Guardian, The Observer, PopMatters, and Sydney Morning Herald.

The true story of a love affair between two extraordinary women becomes a literary tour deforce in this novel that recreates the surrealist movement in Paris and the horrors of the two world wars with a singular incandescence and intimacy.

In the years preceding World War I, two young women meet, by chance, in a provincial town in France. Suzanne Malherbe, a shy seventeen-year-old with a talent for drawing, is completely entranced by the brilliant but troubled Lucie Schwob, who comes from a family of wealthy Jewish intellectuals. They embark on a clandestine love affair, terrified they will be discovered, but then, in an astonishing twist of fate, the mother of one marries the father of the other. As “sisters” they are finally free of suspicion, and, hungry for a more stimulating milieu, they move to Paris at a moment when art, literature, and politics blend in an explosive cocktail.

Having reinvented themselves as Claude Cahun and Marcel Moore, they move in the most glamorous social circles, meeting everyone from Hemingway and Dalí to André Breton, and produce provocative photographs that still seem avant-garde today. In the 1930s, with the rise of anti-Semitism and threat of fascism, they leave Paris for Jersey, and it is on this idyllic island that they confront their destiny, creating a campaign of propaganda against Hitler’s occupying forces that will put their lives in jeopardy.

Brilliantly imagined, profoundly thought-provoking, and ultimately heartbreaking, Never Anyone But You infuses life into a forgotten history as only great literature can.

Rupert Thomson is the author of nine highly acclaimed novels, including Secrecy; The Insult, which was shortlisted for the Guardian Fiction Prize and selected by David Bowie as one of his 100 Must-Read Books of All Time; The Book of Revelation, which was made into a feature film by Ana Kokkinos; and Death of a Murderer, which was shortlisted for the Costa Novel of the Year Award. His memoir, This Party's Got to Stop, was named Writers' Guild Non-Fiction Book of the Year. He lives in London.

“A fascinating portrait of two women who challenged gender boundaries and society’s norms in all they did, the book builds to a moving celebration of resistance, creativity and self-reinvention.” —The Guardian, Best Books of the Year

“Gorgeous and heart-rending.” —The Observer, Best Books of the Year

“Never Anyone But You…recounts the story of two women caught in the German occupation of Jersey in ways that enlarge our understanding of history and sexuality.” —Sydney Morning Herald, Best Books of the Year

“Sleek, lush…an extraordinary and rollicking tale…Cahun and Moore’s is a beautiful love story that deserves to be better known.” —Harper’s

“Though knowing that Cahun and Moore were real people adds a keen edge to the novel’s power, it is Thomson’s brilliant writing and ability to evoke the love and commitment these two women had toward each other and toward their principles that will stay with you…[an] extraordinary, inspiring, heart-breaking tale.” —Nylon

“A sucker punch. The Parisian streets are so lively they are almost a character themselves in this love story…one part heart-swelling, two parts heartbreaking.” —Bustle

“Taut and absorbing…As with all of Thomson’s elegant and troubling novels, Never Anyone But You exerts a menacing—but never histrionic—power…this quietly passionate coupling of Eros and history lingers on to haunt the darkest recesses of the reader’s mind.” —The Guardian

“An intense clandestine love affair between two Frenchwomen during the first half of the twentieth century spans art and literature, war and imprisonment, madness and devotion…beguiling.” —Kirkus Reviews

“A rich and sweeping story of forbidden love.” —Entertainment Weekly

“Amid the generally plain prose, we find the stark simplicity of lucid observations finely wrought…Animating these stylistic effects and maneuvers is Thomson’s sharp perception for the tones and textures of his novel’s various periods, locales and milieu…genuinely touching.” —Times Literary Supplement

“With a dash of Midnight in Paris and a hint of Annie Barrows and Mary Ann Shaffer’s The Guernsey Literary and Potato Peel Pie Society, this part love story, part thriller is sure to captivate.” —Library Journal

“Riveting…With skill and verve, Thomson relates the largely untold story of two unsung heroines…One of the reasons they come so thrillingly alive on the page is because he successfully portrays them in many different guises—as artists, socialites, iconoclasts and resistance fighters…[a] remarkable novel.” —Minneapolis Star Tribune

“Beautiful…Never Anyone But You probably contains some of the most elegant writing of any novel published so far this year.” —The Times (UK)

“[An] exquisite account of a duo for whom life and art were indistinguishable.” —Evening Standard

“A historical novel that in exploring gender feels absolutely contemporary. A war story that makes the heartache.” —Sydney Morning Herald

“Readers enamored of Paris in its artistic and literary heyday and curious about overlooked historical women and members of the LGBT community will be moved by Thomson’s lovely, quietly powerful novel of reinvention in many forms.” —Booklist

“A richly imagined work of historical fiction that succeeds in capturing the essence of each distinct period…captivating and heartfelt.” —Shelf Awareness

“Powerfully affecting…Marcel and Claude’s story is an extraordinary one.” —The Spectator (Australia)

“A beautiful and extraordinary book, strange and moving and (as always with Rupert Thomson) quite unlike anything else…It’s a long time since I read a love story quite so convincing and truthful, and the background of the artistic avant-garde in the twenties and thirties is brilliantly evoked. But the fragrance (I can only think of it as a fragrance, like some old perfume such as Mitsouko) of the love affair emerges from the pages as if the very paper is suffused with it…A great novel.” —Philip Pullman, author of the bestselling His Dark Materials trilogy

“In prose so sharp it glitters, Rupert Thomson reveals in fiction what inevitably remains hidden in nonfiction—lived experience. Through the measured but incisive voice of Suzanne Malherbe, the reader enters the intimate world of two life-long lovers, artistic collaborators, and anti-Nazi rebels who left behind a haunting photographic legacy. After I finished this acute and tender book, I felt that two fascinating ghosts had become real.” —Siri Hustvedt, author of The Blazing World

“In this novel about Claude Cahun and Marcel Moore, Rupert Thomson tells the thrilling story of how, fusing love and art, one of the great collaborative partnerships of the twentieth century mounted an unthinkably brave, largely unsung campaign of political witness and resistance. The voice Thomson gives Marcel is a brilliant invention: flashes of poetry trouble the patina of its self-control, intimations of the wildness and terror of genius.” —Garth Greenwell, author of What Belongs to You

“Hands down, Rupert Thomson is one of my favorite writers of all time. I impatiently wait for his new novels and he never disappoints. The atmospheric Never Anyone But You is exquisitely crafted and pulls you deep into the love affair of two extraordinary women. Magnificent. As always.” —Andrea Wulf, author of The Invention of Nature

“Never Anyone But You puts a hidden piece of history into its long-overdue place in the spotlight. Rupert Thomson deftly weaves a story that spans several decades—the Paris Surrealists, Nazi-occupied Jersey, heroic acts of resistance, and intense and enduring (and forbidden) love—into one seamless whole. Nail-bitingly tense and incredibly moving.” —Monica Ali, author of Brick Lane