The Anatomy of Evil (Hardcover) 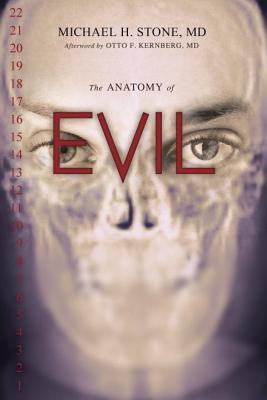 The Anatomy of Evil (Hardcover)


Email or call for price.
The crimes of Charles Manson, Ted Bundy, Jeffrey Dahmer, John Wayne Gacy, Dennis Rader, and other high-profile killers are so breathtakingly awful that most people would not hesitate to label them "evil." In this groundbreaking book, renowned psychiatrist Michael H. Stone—host of Discovery Channel’s former series Most Evil—uses this common emotional reaction to horrifying acts as his starting point to explore the concept and reality of evil from a new perspective. In an in-depth discussion of the personality traits and behavior that constitute evil across a wide spectrum, Dr. Stone takes a clarifying scientific approach to a topic that for centuries has been inadequately explained by religious doctrines.

Basing his analysis on the detailed biographies of more than 600 violent criminals, Stone has created a 22-level hierarchy of evil behavior, which loosely reflects the structure of Dante’s Inferno. He traces two salient personality traits that run the gamut from those who commit crimes of passion to perpetrators of the worst crimes—sadistic torture and murder. One trait is narcissism, as exhibited in people who are so self-centered that they have little or no ability to care about their victims. The other is aggression, the use of power over another person to inflict humiliation, suffering, and death.

Stone then turns to the various factors that, singly or intertwined, contribute to pushing certain people over the edge into committing heinous crimes. They include heredity, adverse environments, violence-prone cultures, mental illness or brain injury, and abuse of mind-altering drugs. All are considered in the search for the root causes of evil behavior.

What do psychology, psychiatry, and neuroscience tell us about the minds of those whose actions could be described as evil? And what will that mean for the rest of us? Stone discusses how an increased understanding of the causes of evil will affect the justice system. He predicts a day when certain persons can safely be declared salvageable and restored to society and when early signs of violence in children may be corrected before potentially dangerous patterns become entrenched.
Michael H. Stone, MD (New York, NY) is professor of clinical psychiatry at the Columbia College of Physicians and Surgeons. He is the author of ten books, most recently Personality Disorders: Treatable and Untreatable, and over two hundred professional articles and book chapters. He is also the host of Discovery Channel’s former series Most Evil and has been featured in the New York Times, Psychology Today, the Christian Science Monitor, CNN, ABC News, CBS News, NBC News, the New York Post, the London Times, the BBAC, and Newsday, among many other media outlets.
"True crime readers and those interested in learning more about the possible motivations of torturers and deranged killers will want to give this a look....The nature of the crimes, the sheer depth of evil makes this as terrifying a read as any thriller and worse, the villains are real." --Monsters and Critics.com

"Psychiatrist Stone...provides an etymology of evil with case studies of over 600 violent criminals, giving readers a comprehensive picture of the nature and varieties of human evil.... useful to those seeking the neurological and psychiatric reasons people commit 'evil' crimes." --Library Journal

"This book is well researched and thorough, and Dr. Stone hopes that it will help us understand and judge the criminals whose criminal impulses cause such terrible suffering." --Sacramento Book Review

"This excellent study of evil and forensic psychiatry will be valuable to anyone interested in why people commit evil acts. Recommended. All readers." --Choice

"This is a very readable book...these pages prompted a good deal of reflection and conversation. In this spirit, I would recommend the book to you."--American Journal of Psychiatry