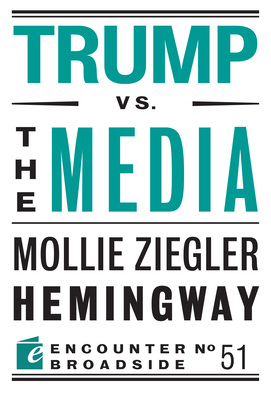 
Usually Arrives in Store in 1-5 Days
How bad is the problem of media bias? The answer can be summed up in a few words: President Donald J. Trump. Whether you love him or hate him, there's no question that Trump gained a huge amount of support for his willingness to criticize the media in harsh and unsparing terms. The media seems baffled by the fact that it's lost the trust of the American people. It has responded by being extraordinarily defensive and doubling down on histrionic attacks. However, the American system has always depended on a strong and trusted media to hold those in power accountable. Journalist Mollie Hemingway looks at the impressive list of media failure that led us to this unique moment and asks, Is it possible for the media to recover its credibility before it's too late?
Mollie Ziegler Hemingway is a senior editor at The Federalist. A longtime journalist, her work has appeared in the Wall Street Journal, USA Today, the Los Angeles Times, the Guardian, the Washington Post, CNN, National Review, Federal Times, and many other publications. She is a frequent guest on FOX News, CNN, and National Public Radio. Mollie was a 2004 recipient of a Phillips Foundation Journalism Fellowship and a 2014 recipient of a Claremont Institute Lincoln Fellowship.