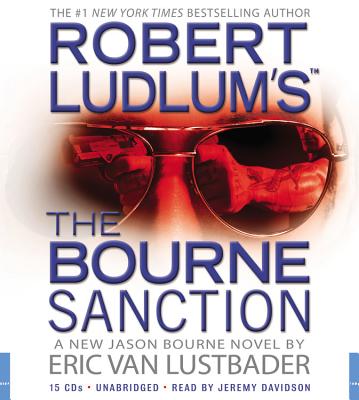 This is book number 6 in the Jason Bourne Series series.

In Europe, Bourne's investigation into the Black Legion turns into one of the deadliest and most tangled operations of his double life-the pursuit of the leader of a terrorist group with roots in the darkest days of World War II--all while an assassin as brilliant and damaged as himself is getting closer by the minute . . .
Jason Bourne returns to Georgetown University and the mild world of his alter ego, David Webb, hoping for normalcy. But after so many adrenaline-soaked years of risking his life, Bourne finds himself chafing under the quiet life of a linguistics professor.

Aware of his frustrations, his academic mentor, Professor Specter, asks for help investigating the murder of a former student by a previously unknown Muslim extremist sect. The young man died carrying information about the group's terrorist activities, including an immediate plan to attack the United States.

The organization, the Black Legion, and its lethal plot have also popped up on the radar of Central Intelligence, where new director Veronica Hart is struggling to assert her authority. Sensing an opportunity to take control of CI by showing Hart's incompetence, National Security Agency operatives plan to accomplish what CI never could-hunt down and kill Bourne.
ROBERT LUDLUM was the author of twenty-seven novels, each one a New York Times bestseller. There are more than 225 million of his books in print, and they have been translated into thirty-two languages. He is the author of The Scarlatti Inheritance, The Chancellor Manuscript, and the Jason Bourne series--The Bourne Identity, The Bourne Supremacy, and The Bourne Ultimatum--among others. Mr. Ludlum passed away in March 2001. To learn more, visit www.Robert-Ludlum.com. ERIC VAN LUSTBADER is most widely known as the New York Times bestselling author of twenty international bestselling thrillers including Ninja and Black Heart. He is also the author of two successful and highly regarded series of fantasy novels, The Sunset Warrior Cycle and The Pearl Saga. His novels have been translated into over twenty languages. www.ericvanlustbader.com
"Don't ever begin a Ludlum novel if you have to go to work the next day."—Chicago Sun Times

"A hearty serving of meat and potatoes action adventure, just the sort of fare that both Ludlum's and Lustbader's fans relish."—Publisher Weekly on The Bourne Legacy

"Fasten your seatbelts as the story of Jason Bourne takes off a few seconds into this audio suspense/thriller and continues all the way through. It is an excellently executed and wonderfully recorded book.... Jeremy Davidson has done a superb job....engaging and entertaining."
—ArmchairInterviews.com on THE BOURNE BETRAYAL