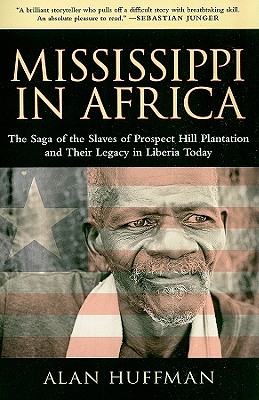 When wealthy Mississippi cotton planter Isaac Ross died in 1836, his will decreed that his plantation, Prospect Hill, should be liquidated and the proceeds from the sale be used to pay for his slaves' passage to the newly established colony of Liberia in West Africa. Ross's heirs contested the will for more than a decade, prompting a deadly revolt in which a group of slaves burned Ross's mansion to the ground. But the will was ultimately upheld. The slaves then emigrated to their new home, where they battled the local tribes and built vast plantations with Greek Revival-style mansions in a region the Americo-Africans renamed "Mississippi in Africa." In the late twentieth century, the seeds of resentment sown over a century of cultural conflict between the colonists and tribal people exploded, begetting two decades of civil war that ended in 2003. Tracking down Prospect Hill's living descendants, deciphering a history ruled by rumor, and delivering the complete chronicle in riveting prose, journalist Alan Huffman has rescued a lost chapter of American history whose aftermath is far from over.