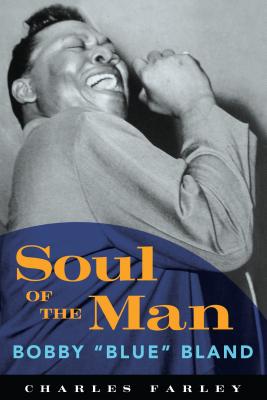 Bobby "Blue" Bland's silky smooth vocal style and captivating live performances helped propel the blues out of Delta juke joints and into urban clubs and upscale theaters. Until now, his story has never been told in a book-length biography.

Soul of the Man: Bobby "Blue" Bland relates how Bland, along with longtime friend B. B. King, and other members of the loosely knit group who called themselves the Beale Streeters, forged a new electrified blues style in Memphis in the early 1950s. Combining elements of Delta blues, southern gospel, big-band jazz, and country and western music, Bland and the Beale Streeters were at the heart of a revolution. This biography traces Bland's life and recording career, from his earliest work through his first big hit in 1957, "Farther Up the Road." It goes on to tell the story of how Bland scored hit after hit, placing more than sixty songs on the R&B charts throughout the 1960s, '70s, and '80s.

While more than two-thirds of his hits crossed over onto pop charts, Bland is surprisingly not widely known outside the African American community. Nevertheless, many of his recordings are standards, and he has created scores of hit albums such as his classic 1961 Two Steps from the Blues, widely considered one of the best blues albums of all time. Soul of the Man contains a select discography of the most significant recordings made by Bland, as well as a list of all his major awards. A four-time Grammy nominee, he received Lifetime Achievement Awards from the National Academy of Recording Arts and Sciences and the Blues Foundation, as well as the Rhythm & Blues Foundation's Pioneer Award. He was also inducted into the Rock and Roll Hall of Fame and the Blues Foundation's Hall of Fame. This biography at last heralds one of America's great music makers.