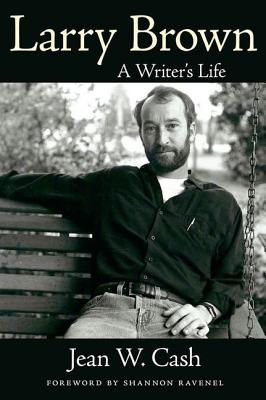 Larry Brown (1951-2004) was unique among writers who started their careers in the late twentieth century. Unlike most of them-his friends Clyde Edgerton, Jill McCorkle, Rick Bass, Kaye Gibbons, among others-he was neither a product of a writing program, nor did he teach at one. In fact, he did not even attend college. His innate talent, his immersion in the life of north Mississippi, and his determination led him to national success. Drawing on excerpts from numerous letters and material from interviews with family members and friends, Larry Brown: A Writer's Life is the first biography of a landmark southern writer.

Jean W. Cash explores the cultural milieu of Oxford, Mississippi, and the writers who influenced Brown, including William Faulkner, Flannery O'Connor, Harry Crews, and Cormac McCarthy. She covers Brown's history in Mississippi, the troubled family in which he grew up, and his boyhood in Tula and Yocona, Mississippi, and in Memphis, Tennessee. She relates stories from Brown's time in the Marines, his early married life-which included sixteen years as an Oxford fireman-and what he called his apprenticeship period, the eight years during which he was teaching himself to write publishable fiction.

The book examines Brown's years as a writer: the stories and novels he wrote, his struggles to acclimate himself to the fame his writing brought him, and his many trips outside Yocona, where he spent the last thirty years of his life. The book concludes with a discussion of his posthumous fame, including the publication of A Miracle of Catfish, the novel he had nearly completed just before his death. Brown's cadre of fans will relish this comprehensive portrait of the man and his work.