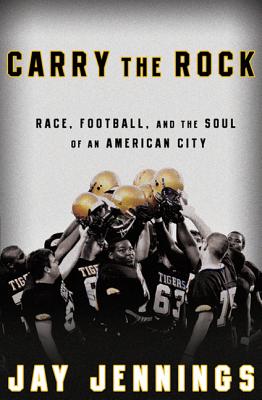 In 1957, nine African American teenagers faced angry mobs and the resistance of a segregationist governor to claim their right to educational equality. The bravery of the Little Rock Nine, as they became known, captured the country's imagination and made history but created deep scars in the community.

Jay Jennings, a veteran sportswriter and native son of Little Rock, returned to his hometown to take the pulse of the city and the school as the fiftieth anniversary of the integration fight approached. He found a compelling story in the school's football team, where black and white students came together under longtime coach Bernie Cox, whose philosophy of discipline and responsibility and punishing brand of physical football know no color. A very private man, Cox nevertheless allowed Jennings full access to the team, from a preseason program in July through the Tigers' final game in November.

In the season Jennings masterfully chronicles, the coach finds his ideas sorely tested in his attempts to unify the team, and the result is a story brimming with humor, compassion, frustration, and honesty. Carry the Rock tells the story of the dramatic ups and downs of a high school football season, and it reveals a city struggling with its legacy of racial tension and grappling with complex, subtle issues of contemporary segregation. What Friday Night Lights did for small-town Texas, Carry the Rock does for the urban south and for any place like Little Rock, where sports, race, and community intersect.

Jay Jennings is a freelance writer who has contributed to the New York Times, Travel & Leisure, the Oxford American, and many other magazines and newspapers. A former reporter for Sports Illustrated and features editor at Tennis magazine, he edited Tennis and the Meaning of Life: A Literary Anthology of the Game. He lives in Little Rock.

“A rich portrait of a complicated place and its people.” —Arkansas Times

“A native son juxtaposes passion for football and the tumultuous history of race relations in Little Rock. The result is a must-read page-turner.” —Minnijean Brown Trickey, Little Rock Nine member

“Because history has decreed a special role for Little Rock Central High, its Tigers have become more than your typical football team. Like the community and the school, they, too, are caught up in forces--racial, social, demographic, economic--that are larger than themselves. This book is an absorbing, touching chronicle of Coach Bernie Cox's struggling 2007 Tiger team.” —David Margolick, author of Elizabeth and Hazel: Two Women of Little Rock

“A sweeping yet nuanced portrait of race in America-- a picture of how far we have come since the Little Rock Nine made their historic stand and of how far we still have to go.” —Jonathan Mahler, author of Ladies and Gentlemen, the Bronx Is Burning