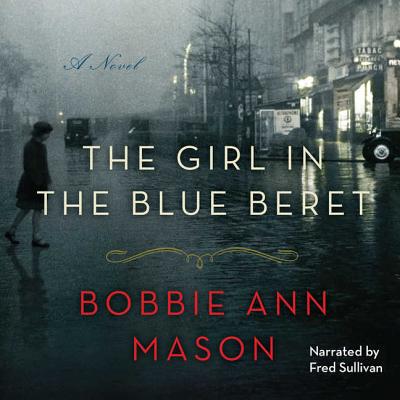 By Bobbie Ann Mason, Fred Sullivan (Read by)
Email or call for price
Special Order -- Email or Call for Availability

Inspired by a true story, the bestselling author of In Country offers a gorgeous, haunting novel about an airline pilot coming to terms with his past, and searching for the people who saved him during World War II. After Marshall Stone's B-17 bomber was shot down in occupied Europe in 1944, people in the French Resistance helped him escape to safety. One of the brave French people who risked their lives for him was a lively girl in Paris--a girl identified by her blue beret. After the war Marshall returned to America, raised a family, and became a successful airline pilot. He tried to forget the war. Now, in 1980, he returns to France and finds himself drawn back in time--memories of the crash, the terror of being alone in a foreign country where German soldiers were hunting down fallen Allied aviators, the long months of hiding. Marshall finds the people who helped him escape from the Nazis and falls in love with the woman who was the girl in the blue beret. He also discovers astonishing revelations about the suffering of the people he had known during the war. Bobbie Ann Mason's novel, inspired by her father-in-law's wartime experiences, is a beautifully woven story of love, war, and second chances.

Bobbie Ann Mason is the author of "In Country, Shiloh and Other Stories, An Atomic Romance, Nancy Culpepper, " and a memoir, "Clear Springs." She is the winner of the PEN/Hemingway Award, two Southern Book Awards, and numerous other prizes, including the O. Henry and the Pushcart. She was a finalist for the National Book Critics Circle Award, the American Book Award, the PEN/Faulkner Award, and the Pulitzer Prize. She is writer-in-residence at the University of Kentucky.