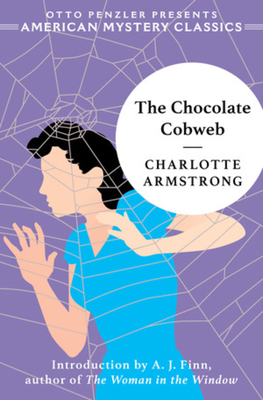 By Charlotte Armstrong, A. J. Finn (Introduction by)

A young artist investigates her mysterious origins in search of the truth, but finds only peril therein . . .

When Amanda Garth was born, a nearly-disastrous mix-up caused the hospital to briefly hand her over to the prestigious Garrison family instead of to her birth parents. The error was quickly fixed, Amanda was never told, and the secret was forgotten for twenty-three years . . . until her aunt thoughtlessly revealed it in casual conversation.

But what if the initial switch never actually occurred, and what if the real accident was Amanda’s being “returned” to the wrong parents? After all, her artistic proclivities are far more aligned with painter Tobias, patriarch of the wealthy Garrison clan, than with the uncreative duo that raised her. Determined to discover her true identity within her aunt’s bizarre anecdote, Amanda calls on her almost-family, only to discover that the fantasy life she imagines is not at all like their reality. Instead, she encounters a web of lies and suspicions that ensnares her almost immediately, and, over a murky cup of hot chocolate, realizes something deadly lurks just beneath the surface. . . .

Mixing tense family drama with edge-of-your-seat psychological suspense, The Chocolate Cobweb finds the “mistress of day-lit terror” at the top of her game (New York Times). The book, adapted to film by Claude Chabrol in 2006, remains as fresh today as it was when Armstrong wrote it over seventy years ago.

Charlotte Armstrong (1905-1969) was an Edgar Award-winning American author of mystery short stories and novels. Born and raised in the mining region of Michigan’s Upper Peninsula, she moved to New York and received a B.A. degree from Barnard in 1925. She had two plays produced on Broadway but neither was successful, so she turned to writing mystery fiction, beginning with Lay On, MacDuff (1942), the first of three detective novels featuring Professor MacDougal Duff. Several of her novels were adapted for film, including The Unsuspected, The Chocolate Cobweb, and Mischief.
The narrative skill is considerable, and the tale a tense performance.
— Chicago Sun

In the best sense of the term, a novel of suspense . . . Skillfully handled."
— New York Times

Psychologically rich, intricately plotted and full of dark surprises, Charlotte Armstrong’s suspense tales feel as vivid and fresh today as a half century ago.
— Megan Abbott