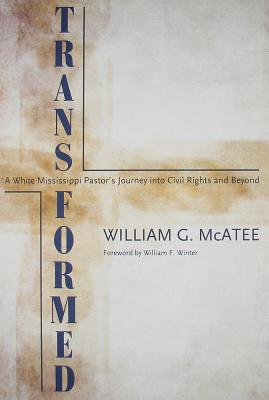 In May 1964, Bill McAtee became the new minister at Columbia Presbyterian Church, deep in the Piney Woods of south Mississippi. Soon after his arrival, three young civil rights workers were brutally murdered outside Philadelphia, Mississippi. Many other activists from across the country poured into the state to try to bring an end to segregation and to register black citizens to vote. Already deeply troubled by the resistance of so many of his fellow white southerners to any change in the racial status quo, McAtee understood that he could no longer be a passive bystander. A fourth-generation Mississippian and son of a Presbyterian minister, he joined a group of local ministers--two white and four black--to assist the mayor of Columbia, Earl D. "Buddy" McLean, in building community bridges and navigating the roiling social and political waters.

Focusing on the quiet leadership of Mayor McLean and fellow ministers, McAtee shows how these religious and political leaders enacted changes that began opening access to public institutions and facilities for all citizens, black and white. In retrospect, McAtee's involvement in these events during this intense period became a turning point in repudiating his past acquiescence to the injustices of the racist society of his birth. His personal account of this transformation underscores its meaning for him today and reminds the reader that no generation can ignore the past or rest comfortably on its progress toward tolerance, equality, and justice.