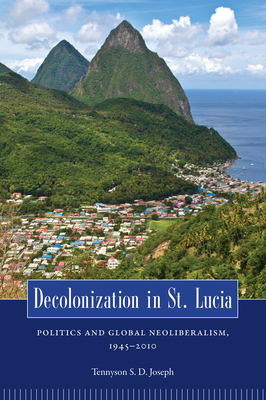 A case study of how a Caribbean nation may achieve political but not economic independence Tennyson S. D. Joseph builds upon current research on the anticolonial and nationalist experience in the Caribbean. He explores the impact of global transformation upon the independent experience of Saint Lucia and argues that the island's formal decolonization roughly coincided with the period of the rise of global neoliberalism hegemony. Consequently, the concept of "limited sovereignty" became the defining feature of Saint Lucia's understanding of the possibilities of independence. Central to the analysis is the tension between the role of the state as a facilitator of domestic aspirations on one hand and a facilitator of global capital on the other. Joseph examines six critical phases in the St. Lucian experience. The first is 1940 to 1970, when the early nationalist movement gradually occupied state power within a framework of limited self-government. The second period is 1970 to 1982 during which formal independence was attained and during which an attempt at socialist-oriented radical nationalism was pursued by the Saint Lucia Labor Party. The third distinctive period was the period of neoliberal hegemony, 1982-1990. The fourth period (1990-1997) witnessed a heightened process of neoliberal adjustment in global trade which destroyed the banana industry and transformed the domestic political economy. A later period (1997-2006) involved the SLP's return to political power, resulting in tensions between an earlier radicalism and a new and contradictory accommodation to global neoliberalism. The final period (2006-2010) coincides with the onset of a crisis in global neoliberalism during which a series of domestic conflicts reflected the contradictions of the dominant understanding of sovereignty in narrow, materialist terms at the expense of its wider antisystematic, progressive, and emancipator connotations. Tennyson S. D. Joseph, St. Peter, Barbados, is lecturer in political science at the University of the West Indies in Cave Hill, Barbados. He is the coeditor of At the Rainbow's Edge: Selected Speeches of Kenny D. Anthony and coauthor of General Elections and Voting in the English-Speaking Caribbean, 1992-2005.