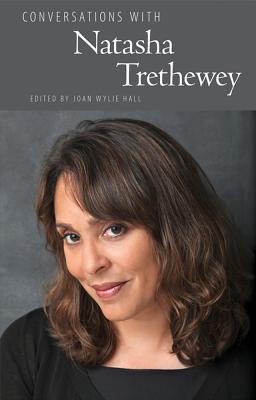 By Joan Wylie Hall (Editor)
Email or call for price

United States Poet Laureate Natasha Trethewey (b. 1966) describes her mode as elegiac. Although the loss of her murdered mother informs each book, Trethewey's range of forms and subjects is wide. In compact sonnets, elegant villanelles, ballad stanzas, and free verse, she creates monuments to mixed-race children of colonial Mexico, African American soldiers from the Civil War, a beautiful prostitute in 1910 New Orleans, and domestic workers from the twentieth-century North and South. Because her white father and her black mother could not marry legally in Mississippi, Trethewey says she was "given" her subject matter as "the daughter of miscegenation." A sense of psychological exile is evident from her first collection, Domestic Work (2000), to the recent Thrall (2012). Biracial people of the Americas are a major focus of her poetry and her prose book Beyond Katrina, a meditation on family, community, and the natural environment of the Mississippi Gulf Coast. The interviews featured within Conversations with Natasha Trethewey provide intriguing artistic and biographical insights into her work. The Pulitzer Prize-winning poet cites diverse influences, from Anne Frank to Seamus Heaney. She emotionally acknowledges Rita Dove's large impact, and she boldly positions herself in the southern literary tradition of Faulkner and Robert Penn Warren. Commenting on "Pastoral," "South," and other poems, Trethewey guides readers to deeper perception and empathy. Joan Wylie Hall, Oxford, Mississippi, is a lecturer in the English department at the University of Mississippi. She is the author of Shirley Jackson: Studies in Short Fiction and the editor of Conversations with Audre Lorde (University Press of Mississippi). Her work has also been published in numerous journals such as Legacy: A Journal of American Women Writers; Southern Register; Mississippi Quarterly; Faulkner Journal; and the Eudora Welty Review.