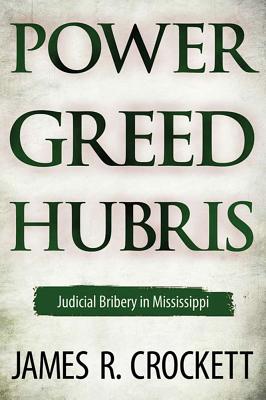 An infuriating tale of malfeasance among what should have been the state's most trusted servants From 2003 to 2009 sensational judicial bribery scandals rocked Mississippi's legal system. Famed trial lawyers Paul Minor and Richard (Dickie) Scruggs and renowned judge and former prosecutor Bobby DeLaughter proved to be the nexus of these scandals. Seven attorneys and a former state auditor were alleged to have attempted to bribe or to have actually bribed five state judges to rule in favor of Minor and Scruggs in several lawsuits. This is the story of how federal authorities, following up on information provided by a bank examiner and a judge who could not be bribed, toppled Minor, Scruggs, and their enablers in what was exposed as the most significant legal scandal of twenty-first-century Mississippi. James R. Crockett details the convoluted schemes that eventually put three of the judges, six of the attorneys, and the former auditor in federal prison. All of the men involved were successful professionals and three of them, Minor, Scruggs, and fellow attorney Joey Langston, were exceptionally wealthy. The stories involve power, greed, but most of all hubris. The culprits rationalized abominable choices and illicit actions to influence judicial decisions. The crimes came to light in those six years, but some crimes were committed before that. These men put themselves above the law and produced the perfect storm of bribery that ended in disgrace. The tales Crockett relates about these scandals and the actions of Paul Minor and Richard Scruggs are almost unbelievable. Individuals willingly became their minions in power plays designed to distort the very rule of law that most of them had sworn to uphold. James R. Crocket, Madison, Mississippi, is professor emeritus at the University of Southern Mississippi and adjunct professor of accountancy at the University of Mississippi. He is the author of Hands in the Till: Embezzlement of Public Monies in Mississippi and Operation Pretense: The FBI's Sting on County Corruption in Mississippi, both published by the University Press of Mississippi.