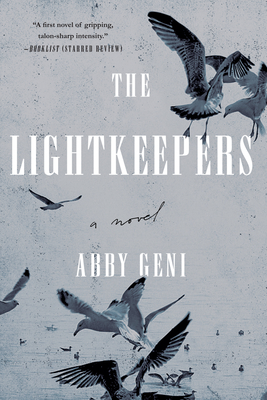 This masterful psychological thriller is a delight from beginning to end. Full of murderous seagulls, unreliable narrators, and letters to a dead mother, Geni's debut novel is so hauntingly beautiful that you will be begging for more. Also check out her short story collection, The Last Animal.

Winner of the 2016 B&N Discover Great New Writers Award for Fiction In The Lightkeepers, we follow Miranda, a nature photographer who travels to the Farallon Islands, an exotic and dangerous archipelago off the coast of California, for a one-year residency capturing the landscape. Her only companions are the scientists studying there, odd and quirky refugees from the mainland living in rustic conditions; they document the fish populations around the island, the bold trio of sharks called the Sisters that hunt the surrounding waters, and the overwhelming bird population who, at times, create the need to wear hard hats as protection from their attacks. Shortly after her arrival, Miranda is assaulted by one of the inhabitants of the islands. A few days later, her assailant is found dead, perhaps the result of an accident. As the novel unfolds, Miranda gives witness to the natural wonders of this special place as she grapples with what has happened to her and deepens her connection (and her suspicions) to her companions, while falling under the thrall of the legends of the place nicknamed "the Islands of the Dead." And when more violence occurs, each member of this strange community falls under suspicion.

Abby Geni is a graduate of Oberlin University and the Iowa Writers Workshop as well as the recipient of an Iowa Fellowship. Her work won first place in the Glimmer Train Fiction Open and was listed in The Best American Stories 2010. She lives in Chicago.