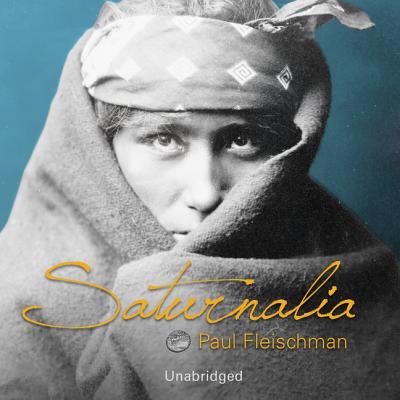 
Email or call for price.
It is December 1681, and the words of Mr. Baggot, the tithingman, terrify young William. William is living a strange double life. By day he is a printer's apprentice living in a white man's house. By night, he is Weetasket of the Narraganset tribe who must risk Baggot's wrath to search for his lost brother. Then comes the winter celebration of the Saturnalia--the ancient Roman holiday on which masters and slaves trade roles. Will William's secrets be revealed? And what dark deeds of others will be brought to light on this fateful night?
Paul Fleischman grew up in Santa Monica, California in a house with a printing press, a grand piano, a shortwave radio, and his father - children's author Sid Fleischman. Playing recorder in early music consorts led to his books of verbal duets - "I Am Phoenix, Joyful Noise" (winner of the 1989 Newbery Medal), and "Big Talk." His novels built from monologues include "Bull Run," a 16-character account of the Civil War's first battle, and "Seedfolks" - the chronicle of the first year of a Cleveland community garden. His interest in theater inspired his young adult novels "Mind's Eye, Seek," and "Breakout," all of which revolve around the spoken word. His historical fiction includes "Saturnalia" and "The Borning Room." He's written nonfiction and picture books as well, including "Time Train, Weslandia," and "Sidewalk Circus." Alongside the Newbery Medal, he's won a Newbery Honor Book, the Scott O'Dell Award for Historical Fiction, the PEN West Literary Award, the California Young Reader Medal, and most recently was a finalist for the 2003 National Book Award. He makes his home in the village of Aromas, California.