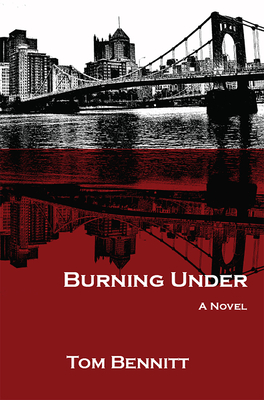 
Usually Arrives in Store in 1-5 Days
Set in southwestern Pennsylvania, Burning Under is a cerebral literary thriller that centers around a deadly coalmine explosion. A polyphonic narrative, the point of view shifts between three people whose lives are shaken by the disaster. Larry, a veteran miner haunted by his past, survives the explosion, but cannot avoid the media spotlight or the hero label. Denise, a young nurse, tries to escape her troubled marriage by taking a job at a Pittsburgh hospital. And Simon is a disgruntled lawyer for Commonwealth Energy who suspects the accident was caused by his company’s low safety and ethical standards. Assisted by his girlfriend, a Pittsburgh journalist, Simon digs around and uncovers a trail of evidence and a massive cover-up engineered by the CEO, George Blount. Linked by a common desire to expose the company, Simon, Larry, and Denise form an alliance; but George will do anything to conceal the truth and exact revenge, provoking a violent end.
TOM BENNITT lives in Oxford, Mississippi where he is pursuing an MFA in Fiction at the University of Mississippi, where he holds a Grisham Fellowship. His short fiction has been published in River Walk Journal, Bewildering Stories, Twisted Tongue, and Burnt Bridge.