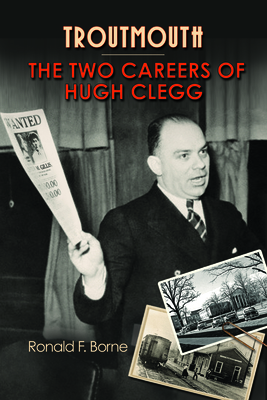 Hugh Clegg (1898-1979) was among the most notable Mississippi historical figures during the 1920s through the 1960s. Born in Mathiston, Mississippi, he was a member of the Federal Bureau of Investigation from 1926 to 1954, during which time he rose to the top leadership and worked directly under Director J. Edgar Hoover and Associate Director Clyde Tolson. In his second career, as executive assistant to Chancellor J. D. Williams at the University of Mississippi from 1954 to 1969, he was in a top leadership position before and during the civil rights crises in the State of Mississippi and at Ole Miss.

While with the Bureau, Clegg's responsibilities included leading the search for many of the most dangerous gangsters in the country, including John Dillinger, Baby Face Nelson, the Barker gang, and Alvin Karpis. He established the FBI's National Training Academy and coordinated the hunt for atom bomb spy Harry Gold, collaborator with German spy Emil Klaus Fuchs. He was sent to England by Director Hoover prior to the outbreak of World War II to study British intelligence agencies.

A close friend of many of the leading federal and state elected officials and of members of the US Supreme Court, Clegg was well known to many in power. At the University of Mississippi he was the prime contact between the university and the federal government during the desegregation crises of Clennon King and James Meredith. He was also assigned the lead role in combating the efforts of Mississippi politicians to discredit and remove faculty members when scholars were thought too liberal and therefore a threat to the state.

Through a Freedom of Information request from the FBI, author Ronald F. Borne obtained thousands of pertinent documents. In addition, he mined Clegg's oral history and an unpublished book manuscript. Borne interviewed close relations, colleagues, and friends to reveal a portrait of a distinguished, loyal man who significantly shaped the training procedures for the FBI and then mediated the University of Mississippi's conflicts with both state officials and the federal government.