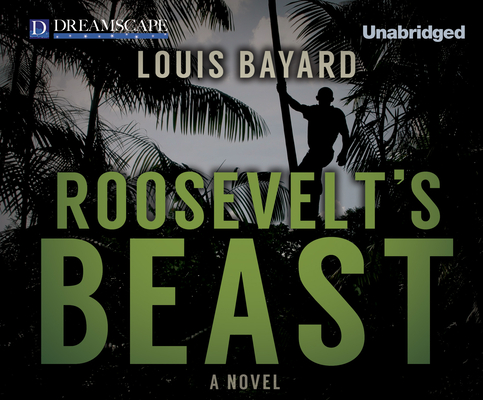 After losing the election of 1912, Teddy Roosevelt set off on a speaking tour of South America, and while there was asked to participate in an expedition to chart a previously uncharted river. Accompanying him was his son Kermit, who was asked to keep an eye on his father. Partway through their journey, the pair become separated from the rest of their expedition and stumble into a village plagued by a mysterious and sinister beast. Tasked by the villagers to kill the beast, Kermit and Teddy find themselves fighting a creature that might just be the death of them. A thrilling novel that will satisfy lovers of history and adventure alike.

“It is 1914 and Teddy Roosevelt and his son, Kermit, along with other members of a scientific expedition, are traveling deep into the jungle to map Brazil's Rio da Duvida, the River of Doubt. Kermit and Teddy are kidnapped by a mysterious Amazonian tribe, and the head tribesman explains that the tribe needs their help to kill 'The Beast With No Tracks,' which has been killing jaguars as well as humans, but has never been seen. Another wonderful reinvention of the past by acclaimed author Bayard, whose literary style includes wit, suspense, and psychological horror with a twist.”
— Karen Briggs, Great Northern Books and Hobbies, Oscoda, MI

1914. Brazil's Rio da Duvida, the River of Doubt. Plagued by hunger and suffering the lingering effects of malaria, Theodore Roosevelt, his son Kermit, and the other members of the now-ravaged Roosevelt-Rondon scientific expedition are traveling deeper and deeper into the jungle. When Kermit and Teddy are kidnapped by a never-before-seen Amazonian tribe, the great hunters are asked one thing in exchange for their freedom: find and kill a beast that leaves no tracks and that no member of the tribe has ever seen. But what are the origins of this beast, and how do they escape its brutal wrath?

Louis Bayard is the author of the critically acclaimed The School of Night and The Black Tower, the national bestseller The Pale Blue Eye, and Mr. Timothy, a New York Times Notable Book. He has written for Salon, The New York Times, The Washington Post, and the Los Angeles Times, among others. He lives in Washington, D.C.