If Roses Could Speak (Paperback) 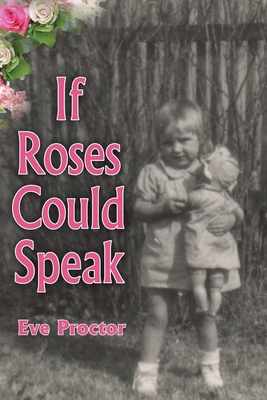 If Roses Could Speak (Paperback)

Shannon Leigh Bishop has spent her entire life living with an abusive mother.

When her mother, a retired teacher, was in a better frame of mind, she homeschooled Shannon, teaching all the academics, including home economics. However, no words of love were ever spoken from her lips. Prior to Shannon's father, Russell Bishop, returning from the army after serving four years during World War II, Shannon spent most of her free time locked in her upstairs bedroom.

Having had no prior knowledge that his wife, Syble, was schizophrenic, Russell was mortified when he discovered she was abusing their daughter. He did everything he could to protect Shannon, However, he refused to institutionalize his wife. Finally, when Shannon turned twenty-one, Russell arranged for her to attend Arkansas State University in Jonesboro, Arkansas.

Most of his life, Devin MaCray has been looking for the girl he hopes to marry. At the beginning of his last year in college, when he sees a petite young woman with dark brown, curly hair, he is almost positive she's the one. Without thinking, he called, "Hey, Little Bit, wait up " The girl paused for a moment, then raced away as though the hounds of hell were nipping at her heels. A few weeks later, the moment he hears her rendition of Amazing Grace he knows without a doubt she was the one.