Intelligent Fitness: The Smart Way to Reboot Your Body and Get in Shape (Hardcover) 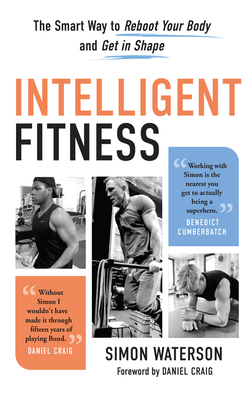 Intelligent Fitness: The Smart Way to Reboot Your Body and Get in Shape (Hardcover)

Simon Waterson's job is to turn actors into athletes. Now you can learn how to transform your fitness and wellbeing with the film industry's most in-demand trainer.

Simon’s client list reads like a who’s who of A-list actors. He has transformed Daniel Craig into the formidable James Bond for five blockbuster films, shaped Chris Evans into superhero Captain America, trained Chris Pratt for Guardians of the Galaxy and prepared actors such as Thandiwe Newton and John Boyega for the recent Star Wars films.

From 3.30 a.m. training sessions in the desert with Jake Gyllenhaal to virtual workouts with Bryce Dallas Howard, Simon reveals the real training programs he used to take these actors to peak physical health.

Sharing his practical and highly accessible approach to reimagining your body, Simon encourages you to focus on training, recovery and nutrition to build on your performance, rather than aesthetic.

Packed full of behind-the-scenes insights, as well as 007 photographer Greg Williams’ exclusive photographs, this is an essential training manual for any age and fitness level that will motivate you to reboot your body and train like a star.
Simon Waterson joined the Royal Navy Commandos at sixteen and served in the special forces for seven years before embarking on a career as a fitness trainer. Over the last twenty-five years he has become the film industry's most in-demand health and fitness performance coach. Based in the UK, Simon travels all over the world preparing actors for major roles before accompanying them on set to keep them fit during shoots.