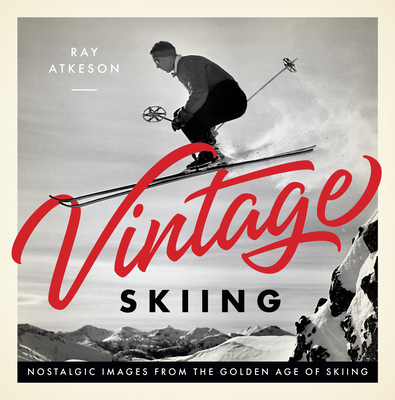 Bundle up for a visual adventure of vintage skiing featuring images by one of the most famous ski photographers of that era: Ray Atkeson. With more than 75 skiing photographs in stunning black and white, the snowy slopes of yesteryear will call to black diamond and bunny hill skiers alike.

Ray Atkeson, dubbed "the dean of Northwest nature photography" by the New York Times, spent the majority of his life capturing majestic natural beauty and landscapes. His photography books were some of the first widely celebrated coffee table books, selling over 1 million copies, and he was a pioneer of ski photography.

Rick Schafer's interest in photography originated in high school. His experience began to develop under a twelve-year apprenticeship with his stepfather, Ray Atkeson, who had a significant influence in his life and his photography. Rick Schafer's scenic, commercial, and culinary photography has been published nationally and internationally. His photography has been used in a variety of advertising, editorial, and decor projects. Publishing credits include Weiden & Kennedy Agency, Alaska Airlines, Golf Connoisseur, Conde Nast Golf, Gerber Advertising Agency, Hasselblad Publications, the State of Oregon, Central Oregon Visitors Association, and national parks publications. Rick's recent works include these exhibit-format books: Oregon: Portrait of a State, The McCormick and Schmick's Seafood Restaurant Cookbook,A Chef's Bounty: Celebrating Oregon's Cuisine, Vintner's Kitchen, Oregon IV, Our Portland, Magnificent Places: Oregon Coast. Rick is a fifth-generation Oregonian and currently lives with his wife, Teresa, and their four children in Portland, Oregon.