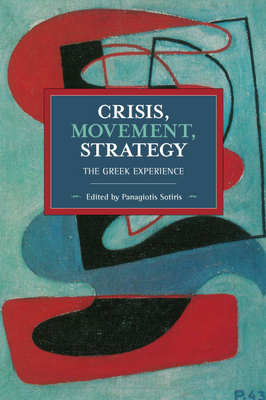 In 2010 Greece entered a period of extreme austerity measures, but also of intense struggles and protests. Social and political crisis led to tectonic shifts in the political landscape and the rise to power of SYRIZA. Despite the impressive level of resistance expressed through the 2015 referendum, however, the Troika of the European Union (EU), International Monetary Fund (IMF), and European Common Bank (ECB) managed to impose the continuation of the same politics of austerity, privatisation, and neoliberal reform.

This social and political sequence poses important theoretical and analytical questions regarding capitalist crisis, public debt, European integration, political crisis, the new forms of protest and social movements, and the rise of neo-fascist parties. It also brings forward many pressing questions regarding radical left-wing strategy. The contributions in this volume attempt, from different perspectives, to deal with some of these theoretical and strategic questions using the Greek experience as a case study.