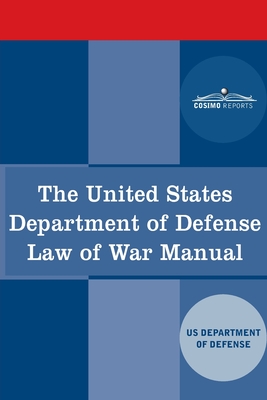 By Us Dept of Defense

"The law of war is part of who we are. George Washington, as Commander in Chief ofthe Continental Army, agreed with his British adversary that the Revolutionary War would be 'carried on agreeable to the rules which humanity formed' and 'to prevent or punish every breach of the rules of war within the sphere of our respective commands.' " --Stephen W. Preston, General Counsel of the Department of Defense, Foreword

The laws of war are based on a number of historical international treaties that regulate the conditions for war and the conduct of warring parties. These obligations and other principles of warfare are compiled in this extensive publication, The United States Department of Defense Law of War Manual (2016), which describes the US approach to warfighting for the US military, including commanders, legal practitioners, and other military and civilian personnel.

Some other related publications by Cosimo Reports are: Instructions for the Government of Armies of the United States in the Field--The Lieber Code (1863), The Laws and Usages of War at Sea--A Naval War Code (1900), Rules of Land Warfare (1940), Small Wars Manual (1940), and others.