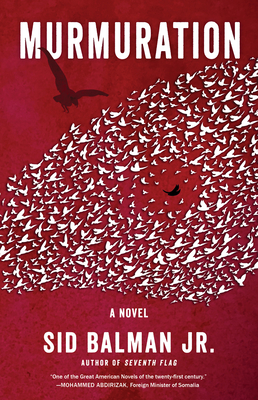 Charlie Christmas, Ademar Zarkan, and Prometheus Stone are the best of America-united by war, scarred by displacement, and resolute in the face of the troubles that rip the nation apart over three decades. Christmas, a Somali translator with a split personality, and Zarkan, a Muslim sharpshooter who defies gender and religious constraints to graduate from West Point, are first brought together by Stone, a lapsed Jew and an Army captain, amidst war and famine in East Africa. Their ensuing journey-which takes them from the mean streets of Mogadishu to the high desert of West Texas, from the barren plains of Indian country to the rolling hills of Minnesota-is at turns tragic and uplifting. Charlie's son, Amir, is the bookmark in their lives, and the struggle to raise him amid the predators of white supremacy and violent radicalism is their life's work. With the help of Buck, the bomb-sniffing dog with a nose for danger, they prevail over Somali militias, pirates, white supremacists, and ISIS terrorists in a splintering world that has turned on itself like a serpent in the singularly obscene act of devouring its own tail. A sweeping novel that digs deep into the backstories of some of the beloved West Texas characters from Seventh Flag, Balman's award-winning debut novel, Murmuration is a mesmerizing story of what it means to be American in the twenty-first century.