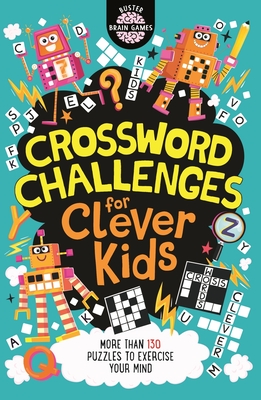 This is book number 12 in the Buster Brain Games series.

From the creators of the bestselling Brain Games for Clever Kids, this puzzle book is ideal for crossword enthusiasts. It’s packed with crossword challenges to complete and will provide hours of fun. Clever kids can put their brain through its paces, as there's plenty of content to test their word power. All the answers can be found at the back of the book. From bestselling puzzle book author Dr. Gareth Moore, the creator of the chart-topping Clever Kids series which has sold over 460,000 copies in the UK. Other books in the series include: