Reds on the Run (Paperback) 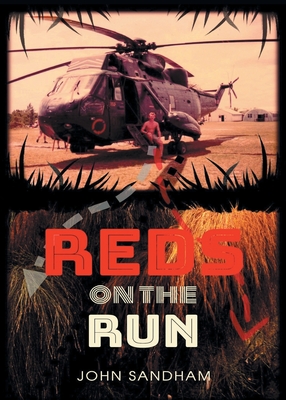 Reds on the Run (Paperback)

The author, John Sandham, uses his personal knowledge and experiences from working in Central America during the 'Cold War' to create this fast moving action suspense novel for adults. The story starts just before the Falklands War in April 1982, with Margaret Thatcher requesting support from Ronald Reagan to enable victory in the South Atlantic.

The story soon moves on to the civil war raging in Guatemala, Central America. It was the height of the 'Cold War'. Reagan's US Administration was secretly working with President R os Montt to eradicate communism, while the USSR backed Cuban government militarily and financially supported the communist rebels, known locally as 'the reds'.

Danny Sinclaire was a tough, resilient, but ordinary Royal Air Force engineer based at Airport Camp in Belize, where he looked after ground support equipment, as part of the British protection force. He is soon plunged into a dangerous situation on the border, not of his making, which leaves him, and his team in grave danger with very few options.

Carlos Cruz, a lieutenant in the Guatemalan army, is intent on clearing all communist rebels, known to him as 'the reds', from his patch of the Guatemalan Jungle. He has a highly trained platoon of 40 soldiers under his command, whose job is to find and destroy all the rebel held villages in Northern Guatemala.

Sisasi, a brave and determined Guatemalan schoolteacher finds herself unintentionally caught up in the civil war. A terrifying life or death ordeal starts, and escape is her only option. The British, Guatemalan, and rebel forces clash in no-mans-land on the border.