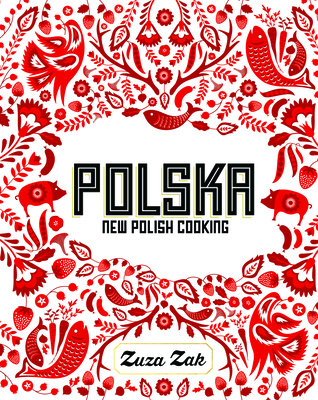 
Backordered -- Email or Call for Availability
This is a fresh new take on Polish cooking from young food writer Zuza Zak. The food of Poland has long been overlooked, but the time is right for a reinvention, with an estimated 10 million people of Polish descent living in the US. Zuza presents her contemporary take on Polish cuisine, with lavishly photographed recipes for snacks, party foods, soups, preserves, breads, fish, meat and poultry, salads, and desserts. She places Polish food within the context of the country's history and geography, and tracks how it has developed and adapted to Poland's ever-changing political and economic situation. Polska is a breath of fresh air.
Zuza Zak grew up in Poland and spent her childhood cooking traditional recipes with her mother in her kitchen, and foraging for seasonal produce with her grandmother in the surrounding Polish countryside. The recipes in her book have all been passed down by word of mouth from mother to daughter. Zuza now lives in London and is a young food writer and producer for TV's Food Network in the UK.