How to Philosophize with a Hammer and Sickle: Nietzsche and Marx for the 21st-Century Left (Paperback) 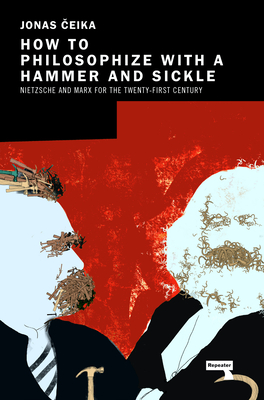 How to Philosophize with a Hammer and Sickle: Nietzsche and Marx for the 21st-Century Left (Paperback)


Usually Arrives in Store in 1-5 Days
From the creator of the Cuck Philosophy YouTube channel comes this timely and explosive re-evaluation of Marx and Nietzsche for the 21st-century left.

Modernity has been defined by humanity's capacity for self-destruction.

Over the last century, the means which threaten not only life's joy but its very existence have only multiplied. At the same time, as a new wave of nationalism and right-wing politics spreads across the world, fewer and fewer people are being convinced that socialism could improve their everyday lives, let alone save us from our own destruction.

In this timely and explosive book, philosopher and YouTuber Jonas Čeika (aka Cuck Philosophy) re-invigorates socialism for the twenty-first century. Leaving behind its past associations with bureaucracy and state tyranny, and it's lifeless and drab theoretical accounts, Čeika instead uses the works of Marx and Nietzsche to reconnect socialism with its human element, presenting it as something not only affecting, but created by living, breathing, suffering human individuals.

At a time when ecological collapse is hurtling towards us, and capitalism offers no solution except more growth and exploitation, How to Philosophise with a Hammer and Sickle shows us the way forward to a socialism grounded in human experience and accessible to all.
Jonas Čeika is a writer based in Norway. He studied philosophy at NTNU and is the creator of the Cuck Philosophy YouTube channel, which has over 170,000 subscribers and focuses on politics, philosophy and critical theory.