Dream of the Blue Room (Hardcover) 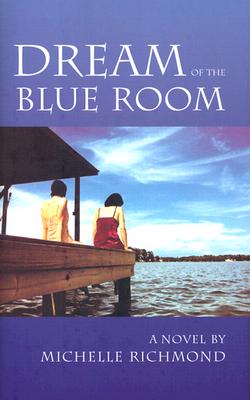 Dream of the Blue Room (Hardcover)


Email or call for price.
On a warm night in July, thirty-two-year-old Jenny finds herself sitting on the deck of a Chinese cruise ship next to a charming but secretive stranger. Her husband, Dave, is down in their cabin sleeping, and in Jenny's lap is a cookie tin containing the ashes of her best friend, Amanda Ruth, brutally murdered fourteen years earlier. In this foreign landscape filled with ancient cities and doomed villages, removed from the comforts and rituals of home, Jenny must confront her haunted past and decide the direction of her future. Dream of the Blue Room explores the nature of friendship and the deep intimacy that often exists between young friends as they struggle toward adulthood. Set against the impressive landscape of the Yangtze River, the novel encompasses the dramatic changes of our world and the results of the human desire to control and tame what is ultimately untamable. No matter where I travel, I find that my fiction inevitably comes home, somehow, to the Southern landscape of my childhood. That is exactly what happened in Dream of the Blue Room. In the summer of 1998, on a sleeper bus traveling through Northern China, I met a Chinese geologist, who lay on the adjacent bunk and related to me in soft tones his concerns about the Three Gorges Dam. As the bus trundled over bumpy dirt roads, a red moon rising in the black sky, I was struck by an almost overwhelming sense of the strange. That night, I tried to trace the events that conspired to propel the trajectory of my life in that direction. I found myself thinking, "How did I get here?" Over time, the question ceased to be one of fact, and instead became the driving force of a fiction. As I began to write about the Yangtze,another, smaller river took shape in my mind: a river in Alabama that feeds into the Gulf. On the banks of this hot, winding river, two girls fall in love. One of them, a Chinese-American, is murdered, and there is the beginning of our story. I've always been a little obsessed with the concept of obsession, especially as it pertains to love. And I'm mystified by the way childhood friendships so often rival in intensity and depth any relationships we have as adults. Dream of the Blue Room is a novel about obsession, about the ways we are haunted by people dead and gone. And it is about the places to which we are bound, not merely by birth, but by other, messier means. Michelle Richmond is an amazing author who has written a gentle Southern novel, which just happens to be set on a river in China--no small feat. She's a wonderful storyteller, both on the printed page and while trading anecdotes in a bar on a rainy afternoon.--P.W.