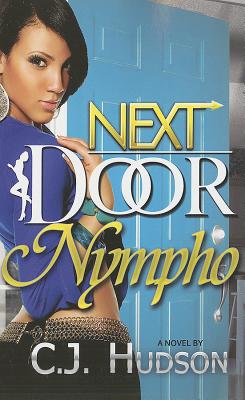 
Usually Arrives in Store in 1-5 Days
(This book cannot be returned.)
Soul, satisfying sex is usually the ultimate weapon. For Diamond Robinson, it may turn out to be a serious problem. On the surface, she appears to be your average beauty, living next door. But Diamond is full of deceit, mischief, and seduction. She loves good loving so much that she's willing to do anything, including sleep with someone you'd least expect. When her sexcapades spiral out of control, one thing leads to another, and her lover ends up dead; leaving everyone she's ever loved, against her. Unknowingly, both she and her nymphonic road dogs get themselves mixed up with secrets and lies that lead to unstoppable turmoil.
Author C.J Hudson hails from the east side of Cleveland where he grew up surrounded by crime, violence, and drugs. Determined to not succumb to that way of living, he attended Kent State University for one year. An avid reader for the past eighteen years, C.J was introduced to urban fiction after reading a street novel that strongly resembled stories that he saw on a daily basis in the inner city. That's when he started going to Borders and searching out Street lit books. He then went on a reading barrage and read everything on the shelves. Shortly after, C.J. decided to try his hand at writing. After writing his first manuscript entitled Skeletons, he wrote the manuscript that got him a publishing deal with Life Changing Books, Chedda Boyz. He is currently hard at work on a future novel. He is married with two children.