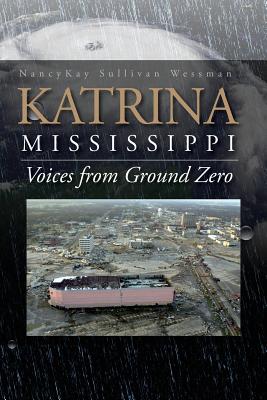 By Nancykay Sullivan Wessman
$17.95
Usually Arrives in Store in 1-5 Days

A work of creative nonfiction, Katrina, Mississippi: Voices from Ground Zero showcases heroes and their work from the epicenter of preparedness, response, rescue, recovery, and rebuilding. This account weaves individual stories from first responders and critically important volunteers into a timeline that also reports events simultaneously occurring beyond - the accounts of state and federal governments' activities and the response of people and organizations from Florida to Oregon, Washington, and Alaska. This book deals with the public health impact of both the natural disaster and the unnatural consequences that emerged through human efforts. The book reveals personal recollections of health and medical aspects, special needs victims and mass care through sheltering, pop-up medical clinics, and the sole hospital that withstood the storm and continued providing services. The book introduces characters who addressed issues related to food and water, sewers, volunteers, donations, and other emergency support functions. Readers learn of catastrophe and courage through the experiences of a public health physician, Robert Travnicek, MD, in upheaval not of his own making but caught in a quagmire of natural disaster, local and state politics, and moral determination. Harrison County EOC Commander General Joe Spraggins directs with able assistance from Rupert Lacy, a veteran law enforcement officer whose history, knowledge, and respect for the power of the storm enabled him to oversee operations for all emergency support functions and, later, succeed his boss as emergency management director. Paramedic-elected-multiple-terms as coroner Gary Hargrove set aside his own family's predicament to lead search and rescue, then recovery, and, finally, identification of each person Katrina killed in his county. And Steve Delahousey, veteran EMS leader on local and national levels, made sure special needs people were moved from harm's way before the storm and that adequate medical care was available after. On the western edge of ground zero and under the stubborn leadership of Hancock County Emergency Management Director Brian "Hooty" Adam, 35 stalwart citizens risked their lives to stay behind and keep emergency operations going during the storm's assault on Bay Saint Louis and Waveland. They refused to evacuate, even though state and federal officials demanded they do so. WQRZ Radio operator and founder of the Hancock County Amateur Radio Association, Brice Phillips set up inside the EOC and remained on the air throughout Katrina's monstrous assault on his community; after her catastrophic devastation, WQRZ staff communicated life-saving information about safety and health, points of distribution for ice, water, and other commodities, and answered questions from listeners. The station took many AMR calls, helped Hancock Countians contact family across the nation, and helped get parts shipped in to bring the Bay Saint Louis water system back up. This book documents the players' personal and professional views as they reveal their alliances and actions, their concerns and issues, their truths and consequences. Theirs are stories about human suffering and survival - often not because of but in spite of assistance from government. The book does not distinguish right from wrong or comment on whether individuals or organizations succeeded or failed. Readers must draw their own conclusions. These stories - the characters' perspective on the problems they encountered and what they themselves revealed to be their values through the storm of the centuries - can bridge to whatever becomes the United States' and the Gulf Coast's next Katrina.