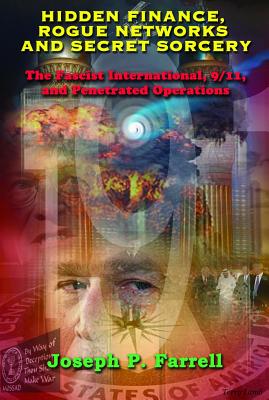 
Usually Arrives in Store in 1-5 Days
Pursuing his investigations of high financial fraud, international banking, hidden systems of finance, black budgets and breakaway civilizations, author and researcher Joseph P. Farrell investigates the theory that there were not two levels to the 9/11 event, but three. He says that the twin towers were downed by the force of an exotic energy weapon, one similar to the Tesla energy weapon suggested by Dr. Judy Wood, and ties together the tangled web of missing money, secret technology and involvement of portions of the Saudi royal family. Farrell unravels the many layers behind the 9-11 attack, layers that include the Deutschebank, the Bush family, the German industrialist Carl Duisberg, Saudi Arabian princes and the energy weapons developed by Nikola Tesla before WWII. It is Farrell at his best-uncovering the massive financial fraud, special operations and hidden technology of the breakaway civilization.Hidden Finance, Rogue Networks, and Secret Sorcery.