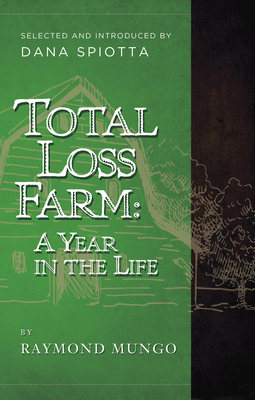 By Raymond Mungo, Dana Spiotta (Notes by)
Email or call for price
Special Order -- Email or Call for Availability

A classic of 60s literature, this entertaining account of a Vermont commune helps explain wonderful things about the 60s -- and also why the 60s didn't exactly work.

A classic of 60s literature, this entertaining account of a Vermont commune helps explain wonderful things about the 60s—and also why the 60s didn't exactly work.

In making her selection for Pharos Editions, Dana Spiotta tells us how drawn she was by the work of Raymond Mungo. " He] writes . . . about his own joy and his own pain, he is particularly good when he describes the land around him and how it feels on his body." Indeed, if Henry David Thoreau had downed a handful of liberty caps before penning Walden it would have read much like Mungo's Total Loss Farm, a rollicking memoir of the late 1960's back-to-the-earth movement. Written in a limber prose style formed by the tempo of the times, Mungo takes us into the cultural tsunami of a failed radical politics as it broke on the shoals of a drug-fueled personal freedom and washed inland across the farmlands of Vermont, leaving a trail of damage and redemption in its wake. Total Loss Farm attracted widespread critical and commercial attention in 1970, when the "back-to-the-land" hippie commune movement first emerged. The book's first section, "Another Week on the Concord and Merrimack Rivers," appeared as the cover article in the May 1970 issue of Atlantic Monthly. The hardcover first edition from Dutton was quickly followed by paperback editions from Bantam, Avon, and Madrona Publishers, keeping the book in print for several decades. Very recently, Dwight Garner in the New York Times Book Review cited Total Loss Farm as "the best and also the loopiest of the commune books."

Raymond Mungo is a prolific author of many books and journalism dating from the late 1960s, when he was a radical leader and founder of the underground press' Liberation News Service and "Total Loss Farm," one of the first hippie communes in the US. He has been a social worker for the mentally ill in Long Beach, California, where he lives and writes. Dana Spiotta is the author of the novels Stone Arabia, Eat the Document, and The Lightning Field. She as a final for the 2006 National Book Award and a recipient of the Rosenthal Foundation Award from the American Academy of Arts and Letters. She teaches in the Syracuse University MFA program and lives in Central New York with her daughter and husband.