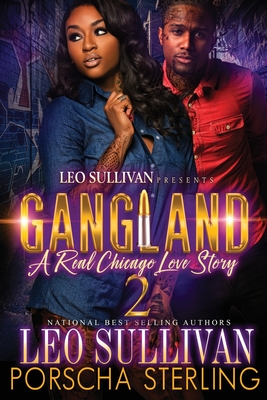 Life with Polo is like living with a ticking time bomb, and it doesn't take her long to realize that she's caught up in a situation that may kill her if she doesn't find a way out in time.

As the queen of the Gangstress, Star's entire life has suddenly changed. She's swapped out her impoverished lifestyle for one filled with luxury and prestige. However, it also came with the constant threat of violence. When she finds real love with the unlikeliest person, she is hopeful that her luck will change. Unfortunately, that's not at all the case.

Kato awakes from his coma and Polo is eager to find out the details of what exactly happened the night that his brother was killed. Being able to claim Star was the trophy he was seeking, but the nagging in his mind about what really happened to Mink just won't go away. When he forces Star to assist Kato in gaining back his memory, he unknowingly lays the foundation for an unforeseen romance that just may be the end of them all.

Now awake, Kato's struggle to fully recover from the injury that nearly claimed his life becomes the least of his worries. Once he receives news from a reliable source that the Disciples have a betrayer in the midst, he wants nothing more than to get to the bottom of it and take out revenge on the person whose loyalty is in question. After finding out that it may be his own best friend, Polo, behind it all, he finds himself on the brink of initiating an all-out war in the streets. To make matters worse, his growing feelings for Star only further complicate the situation when he suspects that she's being abused. Will his budding love affair with Star be the one thing capable of bringing the entire Disciple organization down?