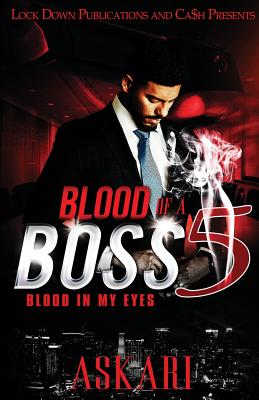 After learning about the kidnapping of his mother and children, SONNY is furious. With the BLOOD OF A BOSS running through his veins, even prison bars can't stop him from retaliating with no regard for human life. But who deserves his smoke? Is it his most fierce enemy, the YBM? Or someone in Sonny's same bloodline?

The streets have seen nothing like HEEMY, the young shooter who is sent to carry out murder and mayhem in Sonny's absence. Will Heemy be strong enough to hold it down in his big homie's absence? Or will the drama from the YBM, with GRIP lurking in the shadows, be too much for the young hitter to handle?

The wolves of The Roundtable are thirsty for blood. Their motivation is power, and their method is body snatching. They each have a master plan, and Grip is no different. But what he never anticipates is that his secret ally, MADAM FRAN OIS, has a plan of her own.

When perceived loyalty turns out to be a farce, the game becomes violently unpredictable and blood will flow non-stop. Which side can withstand the bloodletting once the bodies begin to drop?