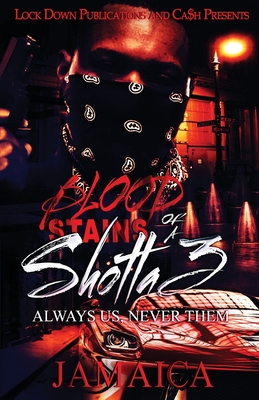 Brooklyn, New York goons give new meaning to ruthless and grimy. But ROCKET is built to withstand all opposition as he faces death up close and personal. In the midst of the murder and mayhem, nothing touches closer to home than what ASHANTI does to him, and he vows to never let anyone take his soul. JAE's loyalty to Rocket is unmatched; not only does she ride for him, she'll smoke and bury anyone who's a threat to her man. Death before Dishonor and loyalty over everything, even family, is the code that she lives by. Will it also become the words on her headstone? When tragedy hits and lives are put in danger, the enemy as well as the NYPD will find out that BLOOD STAINS OF A SHOTTA is more than mere words, it's Rocket's, Jae's and Rocket's right-hand man TRAP's way of life, and they will fight until the end before the lay down, flip, snitch or fold.